Ok, this article might not explain everything you have ever wanted to know about instant coffee.

But if you’re curious about how it’s made and want to know some fun facts about it, you’ve come to the right place!

You may be surprised about some of the history and the facts about it. It’s probably older than you think! It’s not Starbucks or Folgers who first made instant coffee. 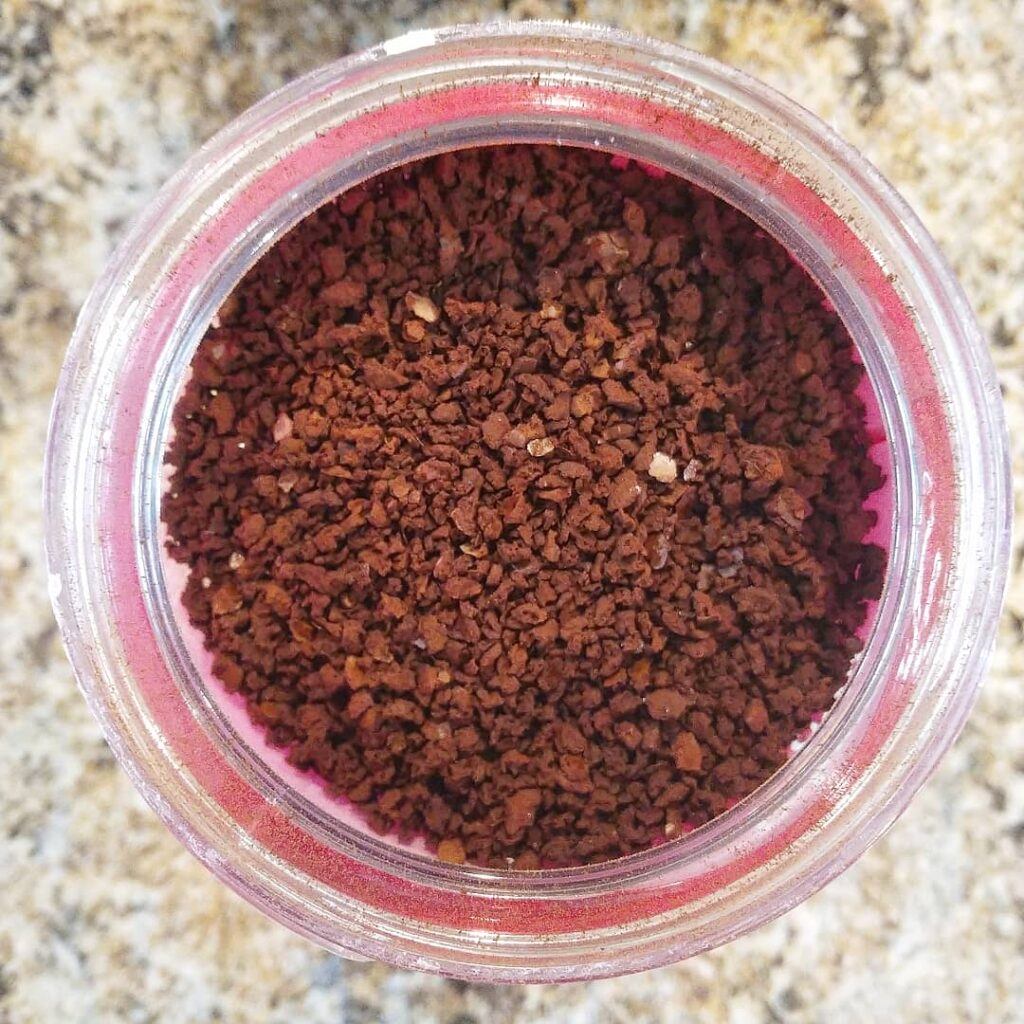 I personally am not a huge fan of instant coffee, but there are some brands that make some pretty ok tasting stuff.

Dalgona coffee, which is a big trend currently in the home-brewing coffee world, is made with instant coffee! This is a fancy instant coffee drink though, and very photogenic for Instagram.

So even though instant coffee might not be the most delicious coffee out there, we can get creative with it and maybe people will come up with more specialty drinks from the granulated, crusty cousin of our faithful friend the good, plain old-fashioned coffee bean.

Let’s get into the fun facts, shall we?

Here’s the first one. Did you know that there’s also instant espresso? Yeah, me neither, until I wrote this article!

Our quick pick me up was actually invented in 1901.

I also explain about the invention of instant coffee in my article about the history of coffee. But since you came here to learn about it, let’s go over it here as well.

It was invented by a Japanese scientist named Satori Kato in Chicago in 1901. This is what most sources say anyway…

The problem is that there were at least a few other different incarnations of instant coffee which sprang up previously.

The first “instant coffee” was invented in England and was called Coffee Compound, in 1771.

In America, it has technically been around since the Civil War. During the Civil War it was a primitive mixture of concentrated coffee, milk and sugar. It was called The Essence of Coffee, and it tasted horrible.

Even before Satori Kato introduced his version which is similar to what we have today in the Pan-American Exposition in New York, there were others who developed patents for instant coffee.

Alphonse Allais of France and David Strang of New Zealand created their own patented versions before the year 1900.

So even though Kato was the one who brought instant coffee to a bigger stage, he wasn’t the original inventor of it.

It was the company Nestle in 1937 who created an innovative, modern and efficient way of making it, calling the product Nescafe.

The process of making coffee crystals is more sophisticated than you may realize.

In a nutshell, it starts with coffee beans being heated, frozen, and then evaporated and freeze-dried or spray-dried.

The part which many may not realize is that yes, instant coffee is actually from real coffee beans! It’s not “fake” per se, it’s just highly processed.

It’s like the difference between grilling high-grade beef and making a home-made barbecued hamburger and putting fresh, quality dressings and ingredients into it yourself and topping it with a delicious slice of organic store-bought cheese… as opposed to buying a McDonald’s cheeseburger.

First, large containers or ovens are filled with coffee beans and roasted to 200°. After that, they’re ground into a powder. Nothing vastly different from the process of “normal” coffee roasting so far.

Here’s where it gets different.

Then this coffee is brewed in mass quantities. After that, it’s heated and condensed. The thick, sludgy liquid is then frozen solid.

After it’s frozen, it’s broken up and put into chambers where it undergoes a complex process of being freeze-dried.

It has to heated and dried to where the remaining water will evaporate but the granules won’t liquefy again.

After this drying process, voila, you have instant coffee.

If you’d like to see the whole process I just described more up close and personal, check out this fascinating video of the procedure of making instant coffee!

However, this only explains the freeze-drying process of coffee, there is another method for making instant coffee called the spray-drying method.

After the coffee is brewed, heated and condensed, instead of being frozen, it is sprayed into hot air, which dries it and causes it to become the powdery, crystallized substance ready for us to drink.

Instant coffee has a shelf life in a pantry of 2 – 20 years.

Some of the most popular brands are Maxwell House, Nescafe and Folgers.

The popularity of this quick and easy beverage has been on the rise for at least 10 years.

The average revenue per capita for instant coffee is $12.88.

What this means is that if you took the total amount spent worldwide every year and divided that among the entire world population, it would mean that every human being would have 12 dollars and 88 cents to spend on instant coffee every year!

And did you know… while it’s impossible to grow coffee in the frigidly cold nation of Russia, it’s a major supplier of instant coffee to Germany? Who would’ve thought!? It’s one of the top 10 suppliers to Germany.

These are just a few fun facts about instant coffee. And it’s actually more popular than many of us might realize! If you want to see more statistics, especially money and revenue related ones, you can visit this website.

Love It Or Hate It…

Ok so this might not have been every single thing you could ever want to know about instant coffee.

But I sure hope that this was a fun read!

The process of making instant coffee, as you’ve seen, is quite complex and takes some work! It’s actually much more difficult to do than just regular coffee beans.

And however you may personally feel about instant coffee, it is quite popular and it looks like its popularity isn’t going anywhere.

It’s interesting that we’re living in a world where specialty, handcraft methods of coffee brewing are becoming more popular, and at the same time instant coffee is also gaining popularity.

Since this article may not have answered every question you have about instant coffee, please feel free to let me know in the comments section below if you have any questions I can help with. Coffee cheers!