Here at My Home Brewed Coffee, I love to recommend coffees that I’ve tried and enjoyed, and to share with you the best deals on them.

But alas, I’ll also let you know right up front that I can’t in good conscience recommend any Folgers coffee to you. 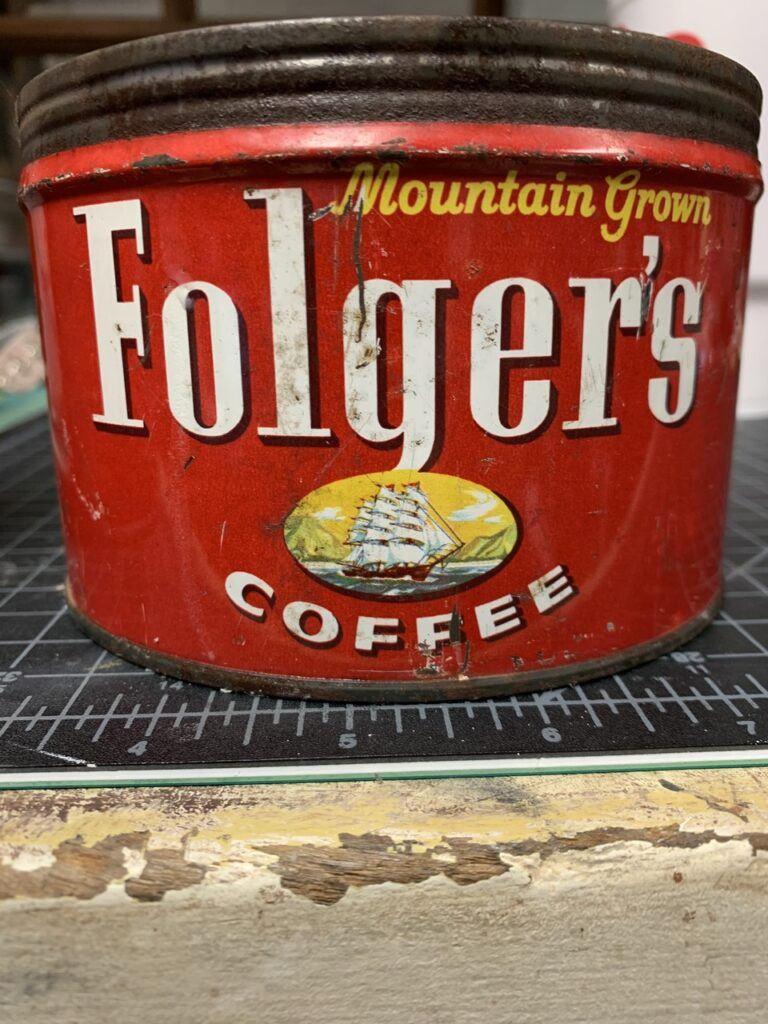 Although I will show you probably the best deal you can find on Folgers coffee, on one of their darker roasts.

Even so, I still don’t recommend Folgers for your daily drinking pleasure.

Anyway, in this article I’ll be sharing information with you about this popular coffee company, why I’m not a huge fan of them, and what’s probably the best deal you can find for their coffee… which also happens to be quite possibly the cheapest coffee you can purchase.

Some Info About Folgers

I’ll be honest, before I started writing this article, I knew almost nothing about this coffee giant.

I just knew that they are super popular, super cheap, and their coffee doesn’t really taste great.

But since (at least for me) it’s always fun and interesting to learn more about someone’s or some coffee’s story, let’s start there!

It starts in the year 1850 with a man named James Folger, who came from New England to San Francisco at the age of 14, after a fire destroyed their families livelihood.

James’ brothers went to work in mines, and James himself got a job with The Pioneer Steam Coffee and Spice Mills.

Through a series of events, the company collapsed and James Folger was able to buy the remaining partners and rename the company to J.A. Folger & Co.

In 1984, maybe one of the most “iconic” years for Folgers… their “best part of wakin’ up” jingle was written.

Maybe some of the readers are too young to remember this jingle. It was written two years before I was born, but I remember it from when I was a kid, in the 90s.

Here it is, if you haven’t heard it…

The company has been steady since and is still one of America’s most popular coffee brands.

Before I get into why I don’t like Folgers, which it shouldn’t come as any surprise that pretty much any coffee lover does not like this nasty coffee, I’ll mention something interesting.

Usually, brands in any market that have been around for a long time, whether coffee or home appliances or musical instruments or anything, are great brands with quality, awesome products.

At the very least, they are usually at least OK and probably worth their money.

What I can say about Folgers is that it’s at least worth its money.

It’s practically the least expensive coffee you can find!

But they’ve been around for a long time as I mentioned in the last section, since about 1850, and I’d guess we can pretty much all agree that it’s just not good.

This could certainly be due to the fact that it was bought out though, more than once.

Anyway, how can I describe why I don’t like this flat, bitter coffee?

It’s made from 60% Robusta and 40% Arabica beans, which means that it may have more caffeine than other coffees that are 100% Arabica.

But at the same time, it also tastes more bitter, flat, and mediocre because of the higher concentration of Robusta.

It’s also only pre-ground coffee, that pretty much always tastes like it’s been sitting for about 5 years too long.

That element of freshness is just not there in Folgers.

What more is there to say? There’s basically nothing going for America’s most popular coffee, unfortunately.

Which, by the way, Folgers is America’s number 1 selling coffee… somehow.

It’s probably because of their great marketing.

So, between the old, stale pre-ground coffee made with a blend of mostly low quality beans that were grown in low altitudes, there’s no way I could say that I enjoy this stuff.

But It’s A Great Deal

With all that being said, we can see there are reasons why this less-than-reputable quality coffee is so cheap and inexpensive.

It’s really true that with Folgers, you can what you pay for.

And if, for some crazy reason, you’re looking to buy some Folgers coffee, I have a deal for you.

And it’s only a deal because the coffee itself is so low-priced.

This is also touted as one of their “roast master series” coffees, so maybe instead of being absolutely nasty… it levels up to being just ok.

Not that I’m recommending this coffee at all, don’t misunderstand me.

But if you’re looking for super inexpensive coffee (less than five dollars for 10 ounces), than this Folgers is an option.

==> Click here to see the best deal on this mediocre, taste-lacking coffee! <==

The last thing I’ll say about it all is this: what happened to the apostrophe in the name!?

We’ve seen that Folger was the surname of a man named James, right?

That means that if it was ‘his coffee’, then “Folger’s Coffee” is the correct way of writing the coffee that was made by Mr. Folger.

For the possessive form of a singular noun, such as a person’s last name, the apostrophe should come before the “s” to signify that it’s ‘his coffee’.

If we can say that.

But either way, there’s no apostrophe.

I mean, not like my grammar is always perfect.

But they had the apostrophe in the name, and used proper grammar.

And they took it out….

Were they trying to save money on printing or something???

Anyway, whatever reason they made the change from proper to improper grammar, it doesn’t hold up to me.

I’ve diverged far too much from my original topic, which was why the coffee itself is poor quality, old and bitter stuff.

But I think you’ve gotten the point.

Anyway, I hope this article was fun, entertaining, and helpful for you!

If you’re looking for a good coffee, I’d recommend this coffee, which is actually my favorite coffee I’ve tried since I’ve started this blog.

And with that, coffee cheers!

Fantastic data. Many thanks!

My pleasure! And thank you very much for your feedback!