I just finished a bag of an amazing coffee called Coltrane by Red Bay Coffee.

And since I love talking about how well coffee and music go together, I almost couldn’t help but listen to some John Coltrane while drinking it!

John Coltrane was a jazz saxophonist from the bebop and avant-garde/free jazz eras.

I love bebop jazz. But I think free jazz and avant-garde is glorified noise. Although, that’s another discussion.

While John Coltrane isn’t my favorite jazz saxophone player, he was an extremely gifted player. And one album in particular really stands out as a real masterpiece by him… Giant Steps. 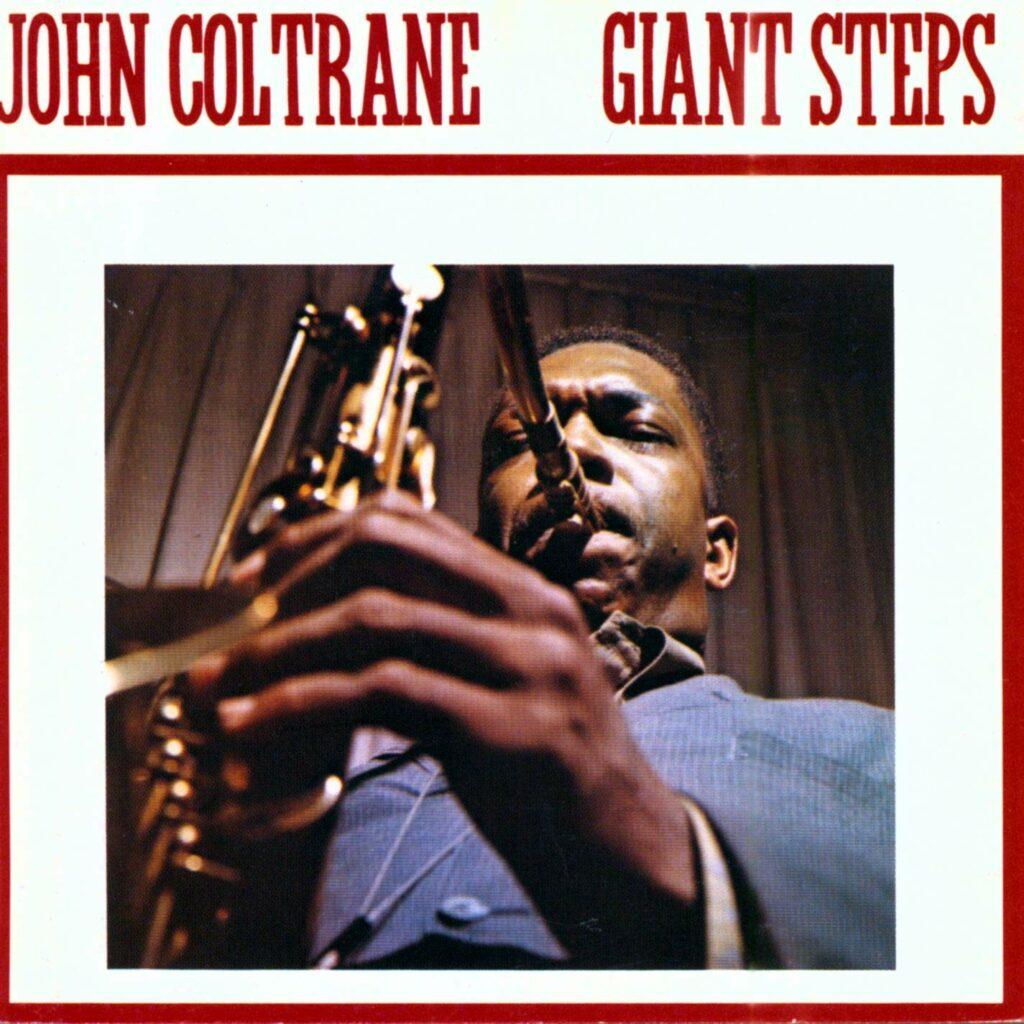 He hit a home run out of the park with Giant Steps.

And I need to be honest, sometimes I call him John “Can’t play less than 20 notes per second” Coltrane. But it doesn’t stick because the nickname is too long.

Ok but really, I do think that he loses some of his tastefulness because he plays so many notes at times when he can slow down a little, but that’s just my opinion. And that’s why he’s not one of my favorite sax players.

But he is without a doubt an amazing jazz icon. I really dig some of his stuff, especially this album.

This was John Coltrane’s fifth studio album, and his first album with the record label Atlantic.

But there was something about this album that literally made it revolutionary in jazz… the title track, “Giant Steps”.

This song features a chord progression now called the “Coltrane changes”. It’s become a staple for practice among jazz musicians and is a very challenging chord sequence.

It involves moving the ii-V-I chord progression in sequential major thirds, thus creating an augmented triad or chord with ii-V-I’s.

For the first 14 chords, he does a succession of ascending chords separated by minor thirds in which the first chord descends a major third, creating an augmented triad.

He does this pattern twice, with two ii-V’s that are, you guessed it… a major third apart, the first one in A and the second in F.

Coltrane made sure that the major thirds and augmented triads in “Giant Steps” wouldn’t feel left out and lavishly poured them out all over the song!

And if none of this makes any sense to you, don’t worry. Let’s just say that it’s a pretty complex song.

And if you thought that jazz was just people closing their eyes and going into a trance and playing the most random combination of notes they can come up with… Let’s just say it’s a bit more, or infinitely more, complex than that.

The title song was revolutionary for jazz musicians and set a higher standard for the jazz repertoire.

One last thing to note. This chord progression is so difficult and complicated that Tommy Flanagan, the pianist on the song (and album) who had a solo in it floundered his way through.

It was difficult for him to improvise over these chord changes. It’s not a horrible solo, but for Flanagan – a hands down amazing jazz pianist – it’s definitely lackluster.

If Tommy Flanagan to had trouble with it, that’s saying something.

Go ahead… give it a listen…

He Swings The Blues HARD

I mean, just do yourself a favor and listen to “Cousin Mary”.

I feel like there’s not much else to say…

He swings the blues outta the park on that song. It’s a fantastic and underrated tune.

“Mr. P.C.” is a more well-known song and a standard from the album. Again another blues (a minor blues) and some roaring playing from Coltrane.

And it’s not even just the blues that he masterfully cruises through, his playing on this album is so tasteful. Compared to much of his other albums or tunes where I just feel like he’s experimenting how many notes he can possibly fit into a measure or chord progression. Sure, it shows how absolutely talented he is, but it’s a bit much.

However, on this entire album, from “Giant Steps” to “Naima” to “Mr. P.C.”, he plays with a brilliant sense of taste and respect for the music.

An Appearance From Wynton Kelly

I will most certainly write an article about one of his albums at some point I’m sure.

As I mentioned earlier, Tommy Flanagan was the pianist on 6 out of 7 songs from this album.

But Coltrane chose Wynton Kelly to play on the famous tune “Naima”.

“Naima” is a beautiful ballad. It’s the only ballad on this album, and quite the contrast from the two songs surrounding it.

Kelly takes a low-key, mellow solo on the song, and as always he does a phenomenal job. Just the right notes, chords, rhythm, dynamics and groove.

This song has the perfect ‘driving through NYC in a taxi on a slightly cloudy and perfectly blissful night’ kind of vibe to it. Wynton Kelly was the perfect choice for this song.

On another interesting note, Wynton Kelly was the pianist for the whole of Coltrane Jazz, the album right after Giant Steps…

Not One Bad Song

There can be at least one song that’s just a dud and it’s like… where did that come from!?

In my opinion, every song on Giant Steps is great. There’s not one single dud, not even close. And it’s not just Coltrane himself, or Tommy Flanagan, the entire band is swinging so ridiculously good.

You can feel the synergy the band on this album.

What more is there to say about Giant Steps except that it’s a staple of jazz history, and for very good reason.

And, if you drink Coltrane coffee by Red Bay Coffee while you’re listening to his music, you go into a higher realm of consciousness where you learn the secrets of time travel and other mysteries of the universe.

Ok… of course that’s just a joke. But amazing coffee and music with the same name, what a nice pairing!

I really hope you enjoy the coffee and music as much as I do!